*Disclaimer* I was provided with a free copy of this book in return for my honest review. All thoughts and opinions expressed are my own and not influenced by the author and/or its affiliates in any way.

There may be a serial killer, Ted Bundy, out loose and he is now running for president in 2016. What could go wrong?

Jim, suffering from a virus that causes the body to premature aging, participate in a game show, Guts!, which have competitors predict futures reading animals, to try to earn money to pay for his medical bills. But as the story goes on, his readings leads to something darker than intended.

During one of the rounds, he predicted that Ted Bundy will win the election but more and more of Bundy’s past is being revealed and somewhere through all the chaos, Jim finds that the death of his mother may not be from suicide

Jim decides to take it upon himself with the help of another person to stop Bundy before it’s too late.

When I read this book I want to say I really liked it but because it was also heavy on politics,

even if it may not be real, it kind of bumped it down from really liking it. Overall, I enjoyed the book. I would have given it a 3.5 star but I want to be consistent with my reviews here and on Goodreads so I stuck with 3 stars.

The strange thing was, even though I enjoyed the book, it took me a while to read it which was weird and that doesn’t include my school and stuff. Though I blame it on me not liking politics so even if I love something if there’s politics, I will be easily bored. But that’s just me, personally, I say you should give it a shot.

Also, I forgot to mention on Goodreads it does say the story was in an alternate universe.

➽ If you are a fan of solving mystery or crimes like me, then this book will be for you. It was weird because usually I don’t read stories that have politics in it just because I get bored but this book somehow hooked me with its story into it even though I did skip some of the talks like the debates. They weren’t really my thing.

Since it is about solving a murder, that kind of convinced me to read and continue this book. The parts I really liked were when Jim when to places to solve the mystery because I feel like I can relate or understand the feelings that he is going through the most in those parts.

that causes a person to premature and using animals to read the future. Not to mention, TAP is actually a hybrid computer-biological virus. The concept of TAP was really cool but if it was real life, then no. 100% no, book is good though. It was interesting to see how the author relates the readings of the animal to the events that is happening at the moment. The way the story ended was also interesting and kind of comedic but I won’t say much about it because that will spoil it for those who want to read it. I would like to say it was slightly funny to me (I hope that doesn’t make me weird for those who read it and knows what happened and it has to do with the bees).

➽ I feel like the book makes me question things in a philosophical way slightly or in a different perspective and I like that. In one part, it brought up what is the difference between gods and ghosts. It may seem easy to distinguish it right now but after reading the explanation the book gave, it may make you question it a bit even if it doesn’t change how you look at something.

➽ Sometimes, I feel like the story is too rushed and by that I mean there will be 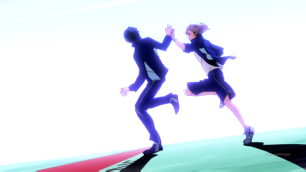 paragraphs describing events but personally, I’d like to “experience” some of them rather than have a quick summary. A few of the events may even give readers a better insight to the wife of Jim, Agatha, and the family more.

➽ This is really minor (unless you are picky about it) but there are a few spelling errors here and there, but it isn’t something a little editing can’t help solve.

In the beginning, I was wondering the reasoning for the book cover but after reading the story I kind of get why the cover is the cover. Although, I am still curious to the actual reason why the author chose that cover.

I would recommend this to readers who are interested in solving crimes and don’t mind politics mixed in with it. This book is mainly about trying

to uncover a politicians dirty secrets and also a possible murder mystery to go with it. If you like or love Dark Places by Gillian Flynn, you will also enjoy this because it has the same sort of mood. They both have moments when they are trying to solve something and the suspense are rising and then the next is just a normal, regular day. But also know this, there are some swearing and mentions of rape and sex so I would recommend this to readers over or around high school age because there are some sensitive subject mentioned.

I would like to thank the author for sending me a copy to read and in return receive a honest review for the book.

Well, hello there. This is about a 17-year-old girl who loves to read and is obsessed with books. I will literally jump for joy if I hear "free" and "book" in the same sentence. Not only do I love books but I also love to draw and sleep too. My goal is to buy every single book I read when I have a place of my own and more bookshelves. View all posts by Samantha

This site uses Akismet to reduce spam. Learn how your comment data is processed.

I will literally jump for joy if I hear "free" and "book" in the same sentence. Not only do I love books but I also love to draw and sleep too.

Check Out These books!

To advertise HERE go to the link below!